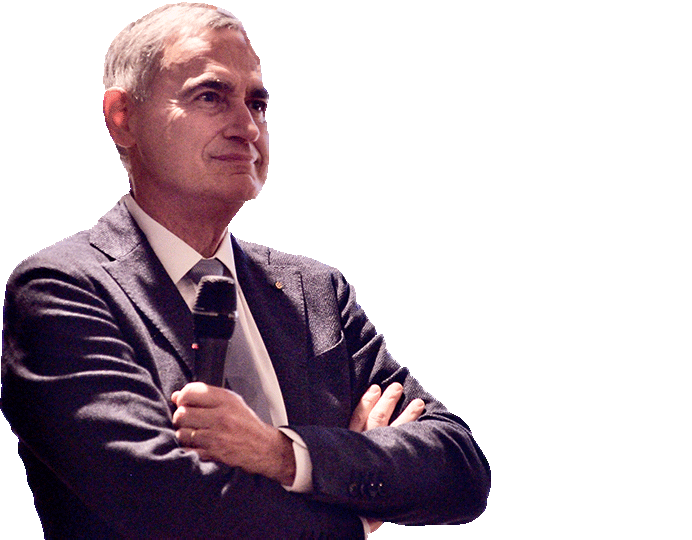 "We do need international collaborations to meet the challenges of modern neutrino physics. The Bern-Fermilab agreement is the perfect example of this paradigm."

Matter and the universe

Fermilab and the University of Bern join forces for neutrino research

Next to photons, neutrinos are the most abundant elementary particles in the universe. Their role in the understanding of how the universe developed and, ultimately, in answering the question of why we are here now, is crucial, and motivates our research efforts. Nevertheless, neutrinos are extremely difficult to detect, making experiments very complex. Therefore, the scientific projects require innovative technologies and large financial and human investments, well-coordinated among several international partners.

In this framework, a new research agreement has been established between the University of Bern and the Fermilab US research laboratory in Illinois. In September 2019, the two institutions signed a document governing their future common efforts on neutrino experiments. It is the first agreement between a Swiss university and Fermilab, one of the world's leading laboratories for particle physics, by now heavily involved in neutrino experiments, in particular.

The research of Bern scientists at Fermilab scientific collaboration concerns three projects: MicroBooNE, SBND and the Deep Underground Neutrino Experiment (DUNE), the latter to be considered the world ultimate neutrino observatory. With DUNE, a large international group of scientists will provide answers to fundamental questions related to the birth of the universe with the Big Bang, to the reason of the supremacy of matter over antimatter, and to the role of the mysterious neutrino in cosmology, in the functioning of the stars and galaxies, and in the universe evolution and fate.

"Even today, in an average sized room you will find around 15 billion neutrinos which were created immediately after the Big Bang 13.8 billion years ago."

Neutrinos: Catch me if you can

Neutrinos that we are able to detect originate from various reactions occurring in the universe – such as star burning and supernova explosions – or from the interaction of cosmic rays with the Earth atmosphere. But they can also be created artificially by using particle accelerators. Why is it so difficult to detect them? After all, they are the most abundant matter particles in nature – around a thousand billion of them pass through our bodies every second without causing any harm. This is exactly the reason! They have a very low interaction probability with our bodies, as well as with any kind of matter, including physicists’ particle detectors!

Furthermore, they are ultra-tiny elementary particles, the lightest known building blocks of matter. They weigh practically nothing and therefore move close to the speed of light, in all directions of the cosmos. It is no surprise then that they are often also referred to as “ghost particles” and can only be made visible by employing gigantic detectors, which counterbalance the vanishing interaction probability by employing very large masses for the experiments, even hundreds of thousands of tons! And that is where the University of Bern comes in.

How does the research into neutrinos take place and why?

The video shows how the Deep Underground Neutrino Experiment (DUNE) aims to track down the neutrinos and what the use of neutrino research is.

Thanks to their long-standing experience with neutrino physics, researchers of the University of Bern are presently involved in three neutrino experiments at Fermilab, aimed at a thorough study of some postulated properties of our ghost particle. The largest of these is the Deep Underground Neutrino Experiment – or DUNE for short. DUNE is a cutting-edge, international experiment which will exploit for its scientific purposes the world’s most intense neutrino beam. These artificially generated neutrinos will be sent on a journey of 1’300 kilometers from the Fermilab site, near the town of Batavia, Illinois, to Lead in South Dakota, where their interactions will be recorded by a detector placed 1.5 kilometers underground (for more details see the video - link above). DUNE is currently under construction – the ground-breaking ceremony was in 2017 and the experiment is due to be operational by 2026. The underground DUNE detector will eventually consist of 40’000 tons of liquified argon, in which electronic devices will identify the faint signals of neutrino collisions. However, medium-size prototype detectors already exist and have been taking data. These are located at CERN in Geneva and are (naturally) called Proto-DUNEs.

Researchers at the University of Bern are responsible for the main component of the DUNE near detector, which is to detect the neutrinos immediately after their creation at Fermilab, before they manifest their incredible properties while propagating towards the far detector site. The main component – called ArgonCube – is a detector type which is specifically designed to perform the fully 3D spatial reconstruction of neutrino interaction events, despite the harsh experimental conditions generated by the extremely intense neutrino beam. «ArgonCube constitutes a novel implementation of the liquid argon technique. It was conceived, developed and also prototyped by our group here in Bern!», says Professor Michele Weber, who will head the Bern DUNE Group after Antonio Ereditato’s retirement in August 2020.

The University of Bern is engaged in two more experiments at Fermilab, also based on the liquid argon technology, constituting the so-called Short-Baseline-Neutrino (SBN) program. The SBN comprises three neutrino detectors to study neutrino oscillations – namely the transformation of one neutrino type into another – and search for a hypothesized but never observed «sterile neutrinos». For the two SBN detectors MicroBooNE and SBND, the Bern researchers are providing the original UV-laser calibration system that they proposed and developed, as well as a large-size device (the Cosmic Ray Tagger), which allows the identification of particles of cosmic origin that affect the performance of the experiments, constituting an otherwise irreducible background.